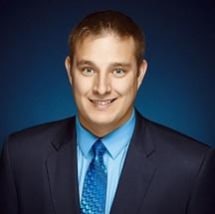 Cameron grew up outside Portland, Oregon and moved to Fort Collins in 2004 to attend Colorado State University. He graduated with a major in Political Science and minor in History.  After graduating, he moved to Jacksonville, Florida to attend Florida Coastal School of Law. He returned to northern Colorado in 2011 after graduation and has been practicing in Fort Collins ever since.

Cameron has a passion for kids and families. He coached youth basketball through the Fort Collins Youth Recreational program for two years while attending Colorado State University, and returned to coaching through that program in 2012.  He also was a founding coach of the Windsor High School Mock Trial Team in 2017, and continues to coach the team. He believes that coaching is a great platform to teach kids the value of teamwork, compassion and respect. He is also a dedicated member and former President of the Windsor Optimist Club, which has a goal of helping youth in the community.